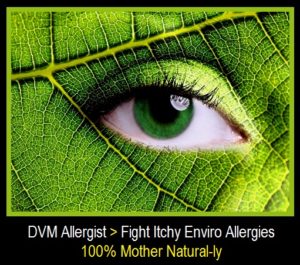 from the Immune System InSide > Out !

Proudly Made in the USA ! 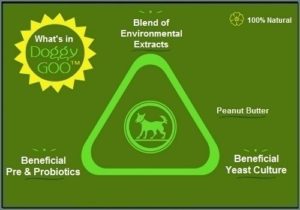 As mentioned previously, before a probiotic can confer its beneficial gut health benefits to its host, a probiotic has to be tough enough to survive. Don’t forget that Doggy GOO’s BC30 is a live bacterial microorganism, which cannot work its immune system, gut health magic if it’s dead on arrival!

It has to survive its journey from the biotech point of manufacture through processing, shipment, inclusion into Doggy GOO, to your refrigerator and ultimately all the way down your dog’s gullet. Then it has to make its way through the harsh, hostile environment of your dog’s stomach and finally into your dog’s small and large intestines, where then it can begin to grow and colonize and work its probiotic magic.

Here is where Doggy GOO’s BC30 has the Survival Edge; it has a Protective Shell! Doggy GOO’s BC30 is just like your dog, tough on the outside, but with a CFU gut health producing soft probiotic inside.

You see, BC30 is a spore-forming probiotic bacterium, which means that has a natural, hardened protective shell. Similar to a seed, a spore forming bacterium has a hard outer covering that protects the fragile cell within. This natural shield safeguards and defends the cell’s genetic material from the heat and pressure of manufacturing processes, challenges of shelf life and the acid and bile that it is exposed to during transit to the digestive system. Once it is safely inside the small intestine, the viable spore is then released and able to germinate and produce new vegetative cells or good bacteria.

Other traditional probiotic organisms, such as lactobacillus, acidophilus and bifidobacteria are not able to form these defensive spores, making them vulnerable to heat, pressure, shelf life variables and the acid and bile challenges of the digestive system.

It is this hearty spore-forming nature of Doggy GOO’s BC30, which provides superior viability and excellent stability, together with the “Good Bacteria” health benefits that it confers, that make BC30 Doggy GOO’s ideal probiotic choice, compared to other probiotic bacteria strains, such as lactobacillus, acidophilus and bifidobacteria.

So our BC30 has survived its tumultuous journey to your Dog’s Intestine’s now what? Here is where Doggy GOO’s BC30 really works its health magic!

Doggy GOO’s BC30 has been shown to help support / increase the immune system’s response to viral challenge.

Doggy GOO’s BC30 has been shown to help support / increase the immune system’s response to various pathogens.

Doggy GOO’s BC30 regulates the digestive system by successfully colonizing the intestines.

Doggy GOO’s BC30 maintains the balance between good and bad gut bacteria.

Doggy GOO’s BC30 improves the breakdown of nutrients for better absorption.

Doggy GOO’s BC30 displaces undesirable bacteria in the gut. 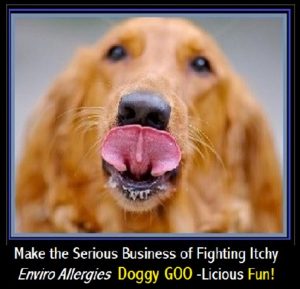 Healthy GOO believes that the Best Drug / Supplement / Therapy in the World is UseLess > “If” the Patient is Non-Complaint !

A 100% Natural GOO-Licious Healthy Treat for your Dog.

Doggy GOO
Your Dog will Doggy GOO Lick It UP! 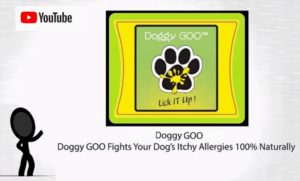 Many Pet Owners are Pro-Active Health Consumers for Themselves, their Family, and for their Dog !

They try to Eat right, Exercise, get plenty of Sleep, and seek the Tranquility of Nature, be it a Wooded Forest, a Grassy Field, a Sandy Beach or a Tree-Lined Park. Pet Owners are also proactive medical consumers. They have long realized that ProActive or PreEmptive Medical Measures not only hold the Key to early Disease Identification and Treatment, but also play a Major Role in Fending Off the Slippery Slope Progression of many Diseases.

For Proactive Health and Medical Consumers and Pet Owners, the saying “You are what you Eat” is more than a cute saying; it is a Mantra and the Central Belief Strategy to a Long Life of positive Physical and Mental Health. This “You are what You Eat” Vigilance, not only applies to the Foods that Pet Parents eat everyday but also to what they give their pets.

Pet Parents more than ever before are no longer going by the fancy front Label of their Pet’s Food or Supplement Products, but rather to the Ingredient Label to see and judge for themselves. They are concerned with not only what is inside the Container, but ultimately what may go inside their Pet as well. They closely scrutinize every ingredient and determine whether or not it stacks up to the high ingredient standards they have set for their pet.

Healthy GOO subscribes to these very standards and has taken the very same ProActive Health and Medical Measures in its choice of Ingredients. Each Doggy GOO Ingredient Group has been painstakingly chosen by Healthy GOO Medical & Veterinary Dermatologist / Allergist Consultant, to help your Dog’s Immune System Function at an Optimal Level so it can more Successfully Fight off all kinds of (Enviro Allergy) Health Aggressors.

Please take a moment to Review what we have to say about each of our Doggy GOO Ingredient Groups. They have been chosen to Target as well as Naturally Support and Balance the Innate and Acquired Tiers of your Dog’s Immune System, Support Healthy Gut Function, as well as to Help your Dog develop normal Immune Tolerance to Allergy Elements in its Everyday Environment.

It is our Hope that after your Review our Ingredient List, You will find that our Ingredients not only Mirror the High, natural Standards that You hold for Yourself, but also for your Pet.